J.S. Meresmaa is a Finn who loves telling stories. She lives in the city of Tampere. Her day job involves a warehouse and her night job is writing and doing a variety of things for a co-op publishing house Osuuskumma, which she is a founding member of.

J.S. began writing out of the blue in 2006 after reading a romance book which made her weep for the wrong reasons. She wanted to make herself something better to read. Now she has found that writing speculative fiction is something a girl could get used to.

She loves plants, cats, liquorice, drawing, dreaming and any and everything of Hayao Miyazaki.

J.S. Meresmaa has been working on a YA adventure fantasy series since 2007. Mifongin perintö (loosely translated as A Heritage of Mifonki) started the series in 2012 also being her debut novel.  After that the series has grown as follows:

She has also written a fantasy novella trilogy called Keskilinnan ritarit (The Knights of Midcastle). 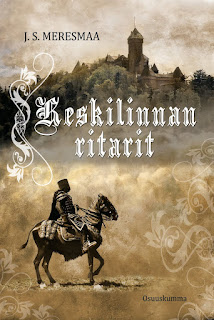 In 2015 Meresmaa's manuscript Naakkamestari (The Jackdaw Master) won the first prize of a competition set by a publishing company Robustos. Set in the year 1900, in an alternate history Tampere, it tells a harrowing and imaginative story of a young labor girl who gets recruited to an underground movement of persecuted minority known as ursiinit (ursines). Naakkamestari is the first part of a trilogy Ursiini (The Ursine Affairs).

Naakkamestari was published in May 2016. 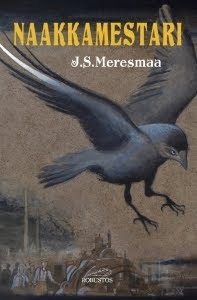 About the short stories

After starting with long prose Meresmaa has also written short stories. The first one was published in genrezine Usva in January 2012, and after that she has been published in several anthologies, genrezines and magazines. Many of her short stories have been selected to the Atorox Award short list.

She has also contributed to first Finnish adult steampunk anthologies by being one of the main editors for the first two publications, and also by writing a short story for each of them.

Meresmaa has also participated in writing drabbles, stories of exactly one hundred words in length, that have been published in Osuuskumma's ground breaking Drabble Service. So far there has been three drabble anthologies.

Most of Meresmaa's stories are available only in Finnish, but a short story Tears for the Sea has been translated and published in Usva International 2015. Several other translations are already on their way, so stay tuned!